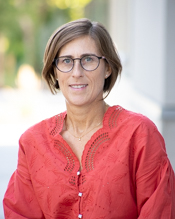 Recent studies have shown that multilingual exposure improves not only children's cognitive skills, but also their social abilities.

We are so proud to be a long-standing part of the French community
in Denver since 1977.

Our roots run deep with Denver’s vibrant French community. In 1977, we opened our doors as a French school.

Over our nearly 45 years as the longest lasting and most unique International School in the Rocky Mountains, we added our Spanish and Chinese programs evolving the school into the multicultural, and multilingual school it is today.

French Program at a Glance:

The AEFE operates under the authority of the French Ministry of Foreign Affairs. AEFE has oversight of the network of educational institutions where French programs outside of France are in operation including more than 400 schools across 127 countries, all of which are linked with l'AEFE ISD has a formal covenant with l'AEFE, which means the school is not only fully accredited by the French Ministry of National Education, but also receives support from the agency through financial assistance to qualifying French families. The Agency assures the uniformity and the continuity of the educational programs in French schools in North America through an Inspector and a French Cultural Attaché based in Washington, D.C.

The Association of French Schools of North America - A.F.S.A.

AFSA is a membership organization of elementary and secondary schools in the United States and Canada, all of which are accredited by the French Ministry of National Education. This organization brings together French educational institutions from the United States and Canada with the objective of promoting interaction among them in the development of educational technology. AFSA, with its 46-school membership, carries significant influence with l'Agence pour l'Enseignement Français à l'Etranger (A.E.F.E.). Each year, AFSA organizes an educational seminar representing an opportunity to assemble the primary figures involved with the network of French schools: the Director of the A.E.F.E., the French Embassy Cultural Counselor, Senators representing French citizens residing in North America, Representatives of the French Ministry of Education and of the Ministry of Foreign Affairs, Heads of schools, etc.

The network of international French schools in North America brings together 54 institutions in Canada and the United States, including school programs are officially recognized by France and whose teachers are mostly from the French National Education. These French schools in North America are also international schools because they welcome French, North Americans and many other nationalities; because they offer education in at least two languages: English and French, and often in a third; Finally, because they aim to form "citizens of the world" through the setting depth relationship of two cultures to universal aim, the North American culture and French culture. Learn more about it and our French curriculum here.

Connect with our Admissions team!