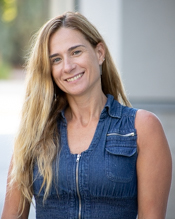 We walked in, and it was just an overwhelming feeling of,
'I can't believe this school exists.'

Making up over half of our student body, our Spanish program is the most sought after at ISDenver - instructed exclusively by native Spanish speakers, where children learn both in and through the target language, and accredited as an International Spanish Academy (ISA) by the Spanish Ministry of Education, located in Denver, CO.

The Spanish program is the only program where no prior Spanish-language experience is necessary for admission into any grade.

ISDenver is the only elementary school in metro Denver that offers students international travel opportunities.

During 5th grade in our Spanish program, students spend 10-14 days immersing themselves in culture, language, and service in Spain. Highlights have included:

DELE Exam for Students and Adults

Connect with our Admissions team!