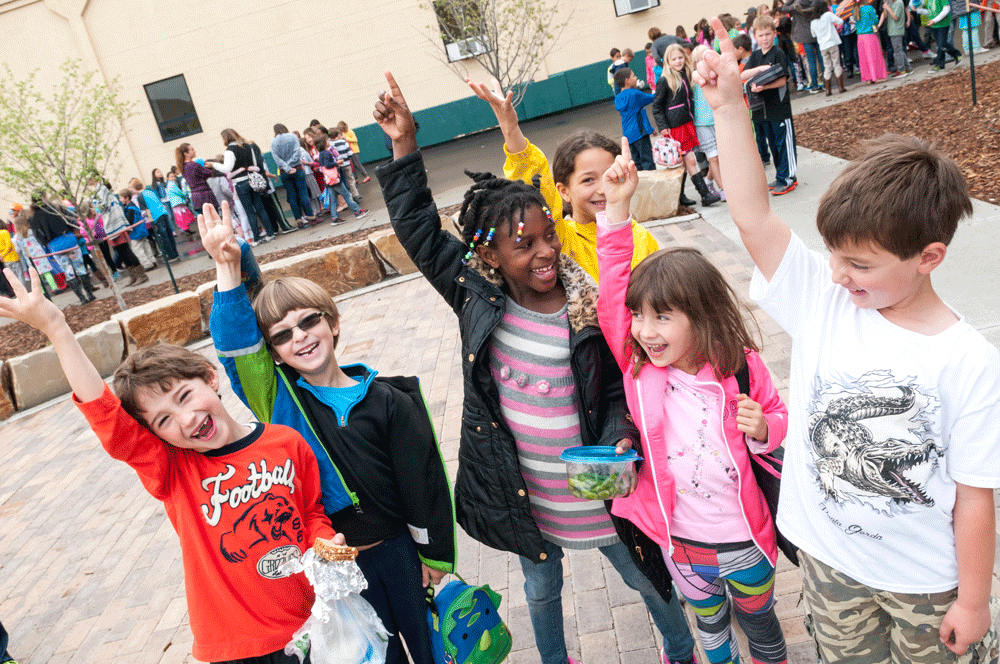 French is spoken by more than 250 million people around the world and is an official language of many international organizations, including NATO, the European Union, the United Nations and the European Council. It is the world’s second most influential language, following English.

More than 1 billion people speak Mandarin, the official Chinese dialect of China and Taiwan and an official language of the United Nations. Economic ties between China and the United States are growing rapidly. Those who have knowledge of Mandarin — as well as Chinese culture, values and history — will be able to contribute to the United States’ economic, political, cultural and social well-being.

No. Approximately 70 percent of our students are from non-native speaking households. It is also important to note that ISD strives to enroll families, not just individual students, and to create opportunities for parents to learn alongside their children.

Parents can best support their child by showing an interest in homework and by asking the child to recite or show what he or she learned in the classroom that day. Language teachers assign homework that can be completed without parental assistance. However, if students prefer or need assistance, we offer study hall after school for all 1st - 5th grade students, as well as one on one tutoring.

learn more about our student support

No. Our curriculum is specifically designed to help students master two or more languages. Numerous studies indicate that bilingual children surpass their monolingual peers on standardized tests. Their advanced comprehension and problem-solving skills help them not only in English, but across all subjects, including math and science.

We believe that it is never too late to learn a language. Though we believe it is ideal for children to begin acquiring second and third languages as young as possible, we are very specially trained and equipped to work with students who are learning languages later in life. Students with little to no foreign-language experience will be placed in language courses for beginners.For almost four decades, our expert educators have worked to develop curricula and teaching approaches that promote not only language fluency with native-like pronunciation, but also an awareness and sensitivity of other cultures.